Is Brexit solely to blame for a rise in corporate insolvency?

Posted By: Phil Harris on 8th November 2016 under News

I think it’s fair to say that some of us may be a little tired of Brexit continuing to dominate the headlines for a variety of reasons. However, the impact on certain sectors potentially as a result of the decision to leave the EU may have started to become apparent.

According to a survey recently conducted by legal firm Pinsent Masons, at least two-thirds of the 400 insolvency professionals who responded believe Brexit will increase the number of business failures in the UK over the next 12 months. However, the predicted post-referendum spike in insolvencies has yet to materialise, contrary to The International Monetary Fund’s prediction of a post-Brexit financial crash, which it now admits may have been a tad pessimistic.

With all of the uncertainty surrounding how and when Article 50 will be invoked, whether it’s a hard or soft Brexit, what trade deals can be brokered and conditions imposed (particularly in relation to freedom of movement), it is reasonable to predict certain sectors will begin to feel the pressure more than others.

Sectors to watch include public administration, education, healthcare, hospitality, distribution, and manufacturing. These sectors are reported as employing the most migrant workers and are likely to be most vulnerable to pressure on their business in the not too distant future.

Aside from the potential staff shortages, the combination of the weaker pound, attempts to pass on increased import costs (as seen with the brief scuffle between Tesco and Unilever) together with the rise in oil prices will gradually take its toll on businesses that already have very little headroom after cutting overhead costs to the bare minimum to survive the recession.

As if this wasn’t enough let’s not forget the more recent changes unrelated to the referendum, being the increased overhead costs associated with the Living Wage, Auto Enrolment and Free Child Care (see our blog of 12 September 2016).

An indication of these issues starting to take hold may be found in a recent report published by the Insolvency Service which estimates that 3,633 companies failed during the third quarter of 2016, a 2 percent rise in the three months prior and made up as follows;

It is clear to see from these figures that the main driver of company insolvency continues to be Creditors’ Voluntary Liquidation. In periods of economic growth, the trend is for liquidation rates to decrease.

The GDP data from the Office of National Statistics reported the UK as the best performer amongst the G7 with growth of 0.5% in the quarter post-referendum. However, analysts warn that consumer confidence surveys indicate an increasingly gloomy outlook due to concerns that the sharp decline of the pound will increase shop prices and hit living standards next year.

The long-term view in some quarters is that Brexit may cause a decline in growth due to reduced consumer spending, less trade, migration and investment from the EU. Accordingly, the figures published by the Insolvency Service may indicate the start of an increase in company insolvency. It’s obvious to most people that Brexit could have a detrimental impact on certain businesses, nevertheless, other areas may thrive, tourism and exports for a start.

With so many pre-existing pressures already in the mix, is it a bit convenient to “Blame Brexit” entirely are we not better advised to consider the other underlying issues that are contributing to business failure that need to be identified and addressed?

As always looking ahead, planning and proactively seeking the appropriate professional advice at an early stage is likely to increase the potential remedies available. 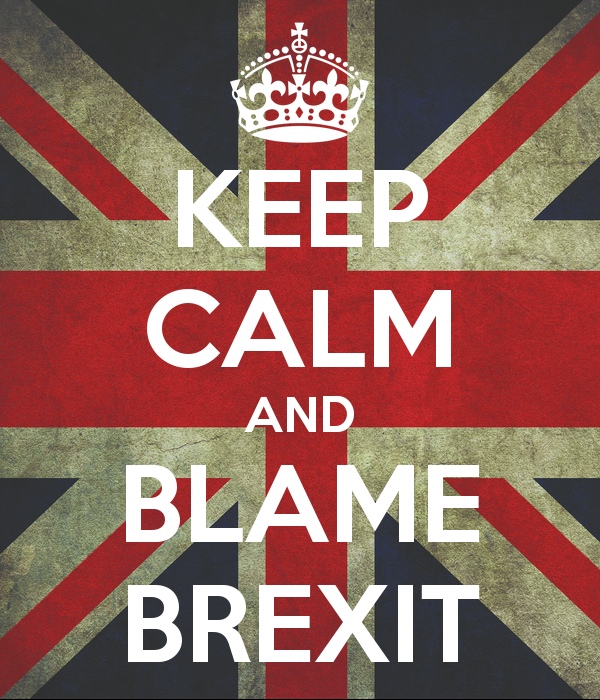